My Uncle the Hero

It’s been 50 years since my uncle Primitivo Garcia passed away. This year marks my 48th birthday so I never got to actually meet him but that didn’t stop him from impacting my life in an incredibly powerful way. Primitivo carried within him a strong conviction to always do the right thing and he unknowingly started a chain of events that changed the course of my life even before I existed.

On November 15th, 1967 in Kansas City, MO just outside of Westport High School my uncle was shot saving the life of his English teacher. She was a white woman who was close to six months pregnant at the time and was brutally attacked by a gang of black kids. The ordinary people on the street that night did nothing when they heard her screams but my two uncles Tivo and Alfredo didn’t think twice and ran to save her life. They were Mexican immigrants who had known poverty and arrived to this country just a few short months before in search for a better life. They both risked their own lives to save Margaret Kindermann and her unborn child. Sadly Tivo died 13 days later from complications stemming from the gunshot wound. Only Alfredo knows the pain he’s carried all these years with the loss of his older brother.

My family was devastated to say the least and my grandmother carried a broken heart for the remaining days of her life. The community gathered first in prayer and then to give blood, to mourn Tivo’s loss and finally to raise money for his medical and funeral expenses. Primitivo was named a Hero and was given posthumous American Citizenship and awarded a Carnegie medal among other recognitions over the years. But the one thing that impacted my life the most was that in an effort to compensate my grandmother for her unimaginable loss my father, mother and older siblings were granted immediate green cards to relocate to the United States and they did that following year. My father was the last of her children still living in Mexico, everyone else was already stateside.

In 1968 my parents left their home and business in Chihuahua, Mexico in search of a better life. Before this they had no plans for relocating as my father owned his own bakery and even though it was hard work they were doing well. My mother has repeatedly said that she really wanted to give her children the American Dream and was determined to sacrifice everything in order for them to have it. Two years after Tivo sacrificed his own life, and because of it, I was born in Kansas City, Missouri as a United States Citizen with all the benefits that this great country offers.

I sometimes think that only those who are born outside of this country and struggle with the stark reality of poverty and a very difficult life are able to fully understand what an honor and privilege it is to be born an American Citizen. Sometimes when the good is all you know it’s easy to take it for granted and not appreciate the opportunities you are born with.

I understand that Tivo’s sacrifice not only affected my life but many others starting with obviously Margaret Kindermann – now Kelso and her daughter Marlo who has a son she lovingly named Primitivo, after her Hero. Young Primitivo has been taught that his namesake gave his life so that one day he could be here with us. Marlo says that Tivo has remained with her all these years and she feels him protecting her to this day. So I’m not alone in saying that I feel him with me and he inspires me daily, especially when life becomes a challenge.

I have his photograph hanging on my office wall and oftentimes when I am in the middle of a struggle I stop and contemplate him and am reminded that I am stronger than I think. When I see an injustice I have a difficult time keeping quiet or looking the other way. I am outspoken and emboldened to speak out for those who are helpless or less fortunate and I am inspired to help others when I can. I have a passion for paying it forward and making a difference in the lives of others, in my community, for humanity and for my planet.

Tivo has taught me by his example to do what’s right, every time and all the time. I think I speak for the Garcia family when I say we want to honor his legacy by sharing his story and by doing right by him, with our own lives, in our own journey. I think Kansas City as a community can honor his memory by celebrating with us in this 50th year anniversary of his passing and in sharing his story.

I think the Latino community should embrace him as a hero and should give their children a role model to follow in sharing Tivo’s life and legacy. I believe all American Citizens and the Citizens of the World, as one human race should read Tivo’s story, embrace his legacy and search to find that hero within and strive to be better American’s and better Human Beings.

I think Tivo’s story can inspire each of us to spread a little bit more love on a daily basis and counteract the hate and ugliness with acts of kindness and compassion. I believe it’s possible to be a hero in life on a daily basis, thus creating millions of ripple effects out of simple and seemingly insignificant acts of love and kindness that can change the trajectory of a moment, a day or even a lifetime. 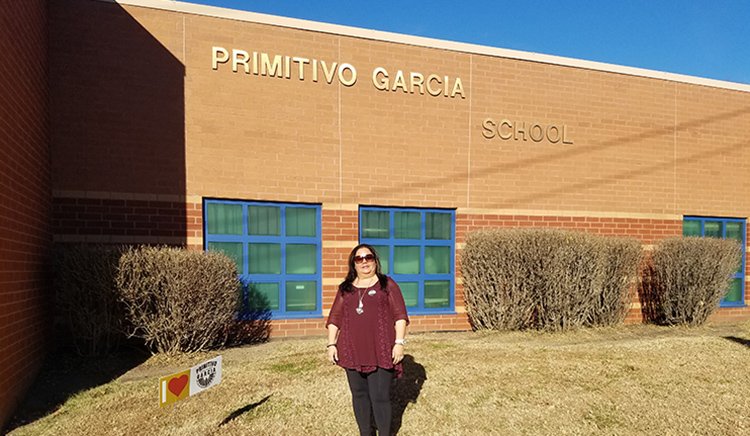 Click here to listen to my interview with Lainie Sevante’ Wulkan from ZETA Global Radio.

Click here to listen to my interview with Gina Kaufann from Central Standard along with my aunt Irene Garcia and Margaret Kelso, Primitivo’s teacher.

Click here to read A Hero’s Story written by Monica Garcia Saenz and published in the Chicken Soup for the Latino Soul book. 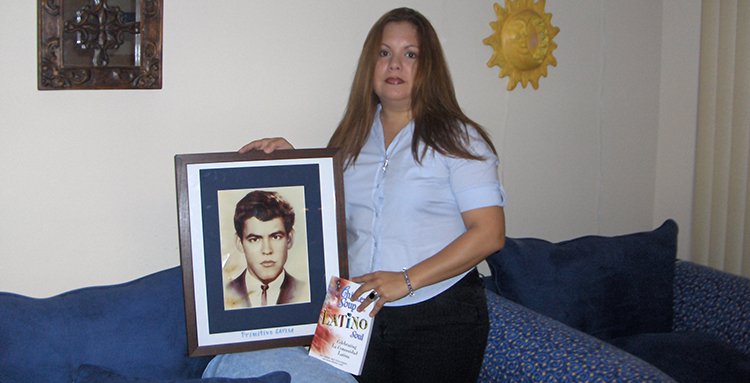 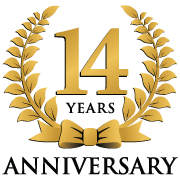